Is 'artificial harmony' holding back your team? 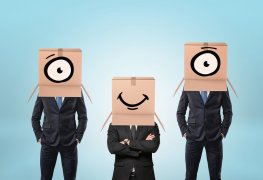 What do you dread the most about going back to work after a lovely, relaxing Summer break?  Is it the alarm going off at some unearthly hour?  Is it the commute to work, struggling with the train or the traffic and all those other people that are in the way? Is it the thought of those long standing issues that you have done your best to forget for the last couple of weeks but that you know will be there waiting for you when you get back?

For many people, the thing that they dread the most is renewing old disputes and conflicts.  Having to go to meetings where things will be “difficult” with one or more colleagues.  Finding it impossible to make a decision without it being questioned and debated.

How do you feel about the members of your top team?  Do you all get along?  Or do you regularly fall out with each other?  Are there arguments in your meetings or do you all deal with each other politely? And what do you think others think about you as a Leadership Team?  How would they describe the 'morale' in the team?

How then do we define morale? Is it just 'all getting along'? Common sense tells us that it must be more than that.

Indications of high morale include strong emotional ties, close relationships and high levels of trust between members.  Teams with high morale engage in “Productive Dialogue” in which they argue their case and challenge others (often very “enthusiastically”). Signs of low morale can be of two contrasting styles.  At one end of the spectrum, we can see “Artificial Harmony”  where everybody smiles and agrees and then does their own thing.  At the other end is “Destructive Conflict” where the enthusiasm for argument is focused on doing others down and not on the overall team goals.

What can a leader do to sort out this intra-team conflict?  One common way is to 'do some Team Building' - which is usually interpreted as going off to do some sort of activity which will strengthen relationships and bring team members closer together.  Of course, team activity can be very helpful - but - if not designed and delivered properly, it can actually make things worse.

​1​. What are the consequences of artificial harmony?

​​Leading a team that is battling with itself is no fun.  Strangely, although every team and group and family(!) has conflict, we seem to expect that at work everyone should get on beautifully.  This is a very prevalent in most organisations as any form of disagreement is seen as negative and a form of derailing the management processes that are in place.  Teams therefore show some peculiar dynamics whereby any difficult topics or issues seldom surface because nobody dares to raise them.  They voice their misgivings and complaints elsewhere, outside the meetings.  This may mean that the leader has a false impression of the morale of the team - lack of open dissent is not always a sign that things are, in fact, good. So, if there is never any conflict in your meetings, you may have a problem.

​​Another sure sign is a lack of proper execution of team decisions.  This occurs because team members do not openly disagree at the time but then adopt a passive-aggressive approach that stymies things - not doing things properly or being late, ignoring others’ requests for action etc. ​

​​The final danger sign is the (apparently) harmonious top team but with everyone else hiding out in their operational silos.​

​​So, make sure that you build an effective team, not just a nice team.  Clear goals and objectives will be a big part of driving this focus.  Ensure that you have a proper way to evaluate objectively how effective your team performs - that way, you don’t kid yourselves that you are brilliant, just because you are all nice to each other.​

​2​ How can we manage destructive conflict?

​​The first thing to say here is that the answer is usually not to rush off into a team building activity - see above.  Rather, focus on analysing the root causes of the conflict that is occurring within the team.  There will almost certainly be a whole range of issues impacting on and creating the destructive conflict in the first place.

​​Once you have identified the root causes, you can start to address them.  Part of the discussions will be about behaviours - what is and is not acceptable for team members - in team meetings and outside operating individually.  Open discussion about these issues will bring them into the open and encourage a more cohesive approach within the team.​

​3​ How can we promote productive dialogues?

​​Conflict per se is not a bad thing in a team.  It is the nature of this conflict that separates the high performing team from the rest.  They tend to focus on solving problems and not on attacking other people.  At the heart of it is an alignment between what people are thinking and what they are actually saying about issues.​

​​How can the leader help develop this productive dialogue? A good first step is for the leader to admit when bad decisions have been made and also to ask for feedback on their own performance.  This sets a great example and puts pressure on the other team members to do the same.  The leader can also explicitly develop the ground rules that ensure discussion focuses on the learning rather than on a witch hunt. They can also chair the discussion effectively, moving away from personal attacks to more objective, constructive areas.

Related Article: How to unstick your top team

This has been a short introduction to the issues surrounding the development and maintenance of morale in order to build a High Performing Leadership Team.  I hope that you find it helpful and it helps get back into the swing after the summer break.  Don’t forget a few other points though: -

• Don’t expect to sort out all these issues overnight.  It takes time for the new ways of communicating to become the “way we do things around here” and for trust and confidence in each other to build and develop.
• Trust is best built by working together and achieving real tasks and goals. Praise success and behaviour when it is in line with the way you want to operate.
• Make sure you have identified and addressed the root causes of the low morale as described above.
• And, if in doubt, give us a call - a good team coaching intervention can often save a lot of time, money and aggravation.

Steve Hinton has been an Executive Leadership Coach for more than 20 years and is able to add value to organisations through a combination of business knowledge and an understanding of how to develop a successful leadership team. Contact Steve on steve@hintonsheerline.co.uk or call +44(0)1302 746430.

Steve Hinton is an experienced Executive Coach and Consultant working with Chief Executives, Managing Directors, Senior Executives and other leaders and can work with you to create exceptional and successful leadership teams.

Contact Steve for an informal chat, and take the first step toward your team's super success!

Subscribe today to get our articles direct to your inbox.