Teams Get Stuck Too 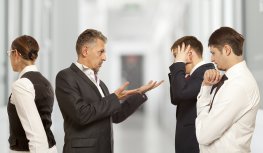 I expect we’ve all been stuck at some time. You know the situation I’m sure. Things just will not move forward and you can’t seem to find your way.  We get stuck because there is an impasse between our conscious desire for change and an unconscious desire to avoid change.  And often, trying harder is one classic way to stay stuck, as every insomniac knows!

As coaches, we are often working with clients who are stuck.  The root causes are many and varied but the outcome is the same; a lack of forward progress.  The coaching process attempts to explore these barriers and help the client come up with coping strategies to overcome them.  A skilled coach will use the most appropriate tools and interventions for that particular client at that time in their life and career.

As with individuals so, it turns out, with organisations.  Organisations get stuck too and we have probably all worked in one such outfit at some time in our lives.  It seems as if the organisation has a personality too - this is the organisational culture. And you often hear people say “oh you can’t change anything round here, it’s the culture, it’s all wrong”.  As a team coach, I would disagree with that statement as facilitating just that sort of change is what we do.

As outlined in an article by Critchley and Casey, it is possible to describe the different ways in which organisations get stuck.  Here’s a brief summary and next month, we’ll explore what we can do about each of them.

These outfits rely heavily on rules and procedures.  Often, much of the work is repetitive and pretty simple and the organisations seem to be concerned with micro rather than macro issues.   It seems to be in a state of emotional withdrawal with its people using bureaucratic behaviour as a defensive measure to avoid anxiety.

The people in this kind of organisation respond with emotional excitability.  In contrast to the Suppressed Organisation, they go overboard with their feelings and excitement but they find it hard to make sense of it in terms of the health of the organisation.  A good example would be a chaotic advertising agency, bouncing from crisis to crisis.  The block is a thinking one as the organisation does not think through its problems but merely over reacts.  Throw in lots of intrigue and gossip, ill-defined decision making processes and poor or missing systems and procedures and you see an organisation in a pretty constant state of excitability and pain.

3. The Knowing and Angry Organisation

These organisations are very strong on thinking and everyone will know what the problems are.  However, that’s where it stops and doesn’t move beyond the intellectual grasp of what is wrong to understanding and knowing what it wants from the situation.  There will be a lot of blame; senior management, the system, the environment coupled with a reluctance of individuals to take responsibility for the problems or for finding a solution.  There is a simmering anger and lots of covert discussions.  When there are proper meetings, they will be large because nobody wants to be left out but decisions don’t get made.

These are similar to the previous examples in that they have an underlying passivity which is an unwillingness to solve problems.  In this case it is the unresolved fear of taking action which causes them to be stuck.  These organisations at first sight will be very active with senior people putting in lots of hours and suffering from overload.  What is missing is a clear link between thought, intentions and action.  There will be lots of meetings as an alternative to action and to reduce the apparent risk.

Organisations stuck here take themselves very seriously and do lots of things very efficiently but often miss the point and fail to make proper connection with clients and stakeholders.  Internal relationships are very task dependent and there is much efficiency but no joy.  Senior management often fails to reach consensus as they see little point in long drawn out debates when they really think that all decisions can be made on the data and are therefore right or wrong.

Do you recognise your organisation in the list above?  What can we do to avoid being stuck? It obviously comes down to the leadership team in the first instance and their willingness to find and use the right sort of help  We’ll explore ways in which we might approach such stuckness in next months blog but, in the meantime, if you would like to see how team coaching could help to unblock these problems and barriers to progress just drop us an email or call us on +44 (0)1302 746430 to have a chat.

Strategy and top team development - how are they connected?
Know Thyself - the benefits of using Personality Profiles
How Valuing Your Health will make you a better leader

Steve Hinton is an experienced Executive Coach and Consultant working with Chief Executives, Managing Directors, Senior Executives and other leaders and can work with you to create exceptional and successful leadership teams.

Contact Steve for an informal chat, and take the first step toward your team's super success!

Subscribe today to get our articles direct to your inbox.